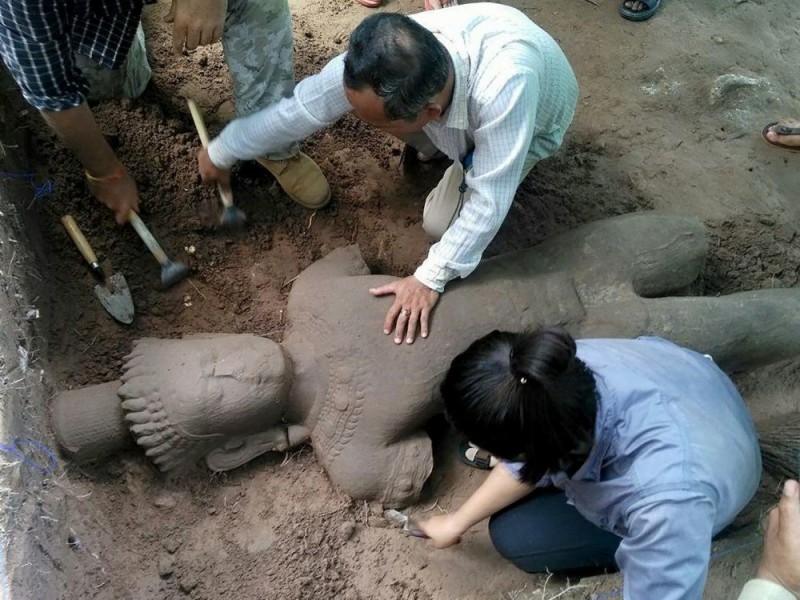 Discovery of an important statue from the end of the 12th century, on the site of Angkor, Cambodia.

An exceptional sculpture from the XII-XIII century was unearthed in the complex of the temples of Angkor, Cambodia.

The surprise was total. As soon as their second day of work had begun, a team of archaeologists had discovered a very rare statue nearly 2 meters high on the famous site of Angkor, Cambodia . For years, no work of this magnitude had been found in the Unesco World Heritage City.

Carved in fine sandstone, the admirable sculpture without arms and legs could date from the XII-XIIIth century. According to the scientists, Cambodian archaeologists of the Apsara Authority and the Institute of Southern Asian Studies of Singapore, it would have been cleared on the side of the north gate of Angkor Thom, the great royal city founded by The sovereign Jayavarman VII (1125-1218). Each find of this type in Angkor constitutes an event, as the statuary of this ancient royal capital suffered plunder during (and after) the civil war and the period of the „Khmer Rouge“ (1967-1975).

Exhumed to 40 cm deep, the stone colossus could have been buried under the reign of Jayavarman VIII. At the time, Many statues had been buried and hidden to avoid their destruction linked to a movement of restoration of Brahminism in the region. Most of the temples erected by the sovereign had been vandalized. In March 2002, a cache containing the fragments of 274 Buddhist sandstone statues was found by Japanese researchers at the site of Banteay Kdei, a monastic complex east of Angkor, testimony of this moment of religious insurrection.

The Khmer empire lasted from 802 to 1431, initially under the Hindu religious beliefs, until the late 12 th century and later under Buddhist religious practices. 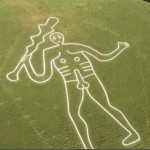